11 Events that Caused the NYSE to Close 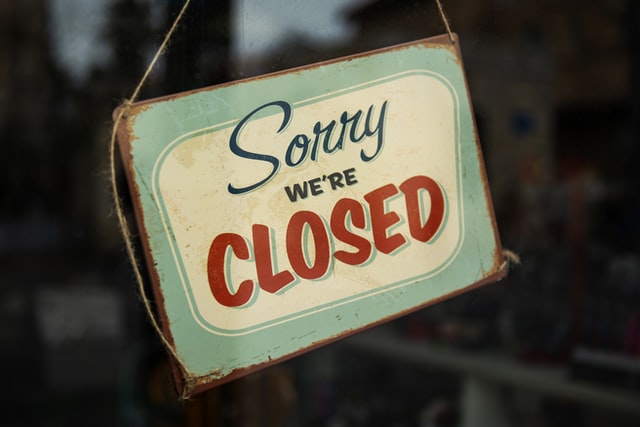 The NYSE is remarkably punctual. Since 1985, the NYSE has been open Monday to Friday from 9:30 am to 4:00 pm, excluding pre-schedules holiday closures. Rarely do markets close on short notice. However, it does happen.

From moon landings to hurricanes, here's our list of the 11 most significant events that caused the stock market to close.

Our list does not include circuit breaks or halts — which is when prices dip too sharply and then the market freezes to prevent panic selling. The NYSE has also been known to observe a "moment of silence" to commemorate different events. Moments of silence typically last 1-3 minutes. We do not include these short pauses in our list.

Note: Other markets are much less consistent than the US stock market. If you are building an application that relies on trading holidays, consider using our Market Holidays API to check when markets are open.

11 Events that Closed the NYSE

It is tradition for the NYSE and NASDAQ to close the markets during the funeral of a former president. During the funeral, U.S. Bond markets were also closed. The CME closed U.S.-based equity and interest rate options and futures.

Hurricane Sandy made landfall in New Jersey and New York on Monday, October 29, 2012.

As the Hurricane approached, New York City declared a state of emergency and suspended all subway and bus services. The NYSE originally planned to close only the trading floor and keep electronic trading open. However, on Sunday evening it was announced that all U.S. equities markets would be suspended. Regulators were concerned about communication interruptions caused by the storm that could affect electronic trading as well.

Lower Manhattan was severely flooded and lost power. As a result, markets were closed for 2 days.

“Dangerous conditions developing as a result of Hurricane Sandy will make it extremely difficult to ensure the safety of our people and communities, and safety must be our first priority.”

On December 27, 2006, one day after his death, the NYSE observed a moment of silence from 9:30 to 9:32 am to remember the president. Then on January 2, 2007, the day of President Ford's funeral, markets suspended trading for the full day.

At 8:46 am on Tuesday, September 11, 2001 terrorists flew a hijacked plane into the north tower of the World Trade Center. Markets were scheduled to open that morning at 9:30 am. Markets did not open again until 6 days later on September 17, 2001.

This is the longest period of time U.S. markets have been closed since the start of World War I in 1914.

When President Nixon's funeral was held on April 27, 1994, the U.S. stock market remained closed in observance.

Hurricane Gloria hit the Northeast US on September 27, 1985. The was reported to have caused a storm surge 6.9 ft in Battery Park, just a few blocks away from Wall Street.

Hurricane Gloria causes major damage to the easter seaboard, particularly in New England and even into Canada.

The trading floor was closed as the hurricane approached. In 1985 there was no electronic trading so markets were fully closed.

On the evening of July 13, 1977, a series of lightning strikes caused a widespread blackout in New York City. The outage lasted until the following day. Most of Manhattan, where Wall Street is located, got power in the morning. However, all power was not restored until that evening.

Even though power was restored to Wall Street early on Thursday morning before markets were scheduled to open, the NYSE remained closed.

#9: National Day of Participation for the Lunar Landing 🚀

A week before President Nixon signed an executive order declaring July 21, 1969 a "Nation Day of Participation." The order officially closed all executive offices and urged private business to close so more Americans could watch the historic event.

Martin Luther King, Jr. is the only non-president whose death triggered the NYSE to close.

Martin Luther King, Jr. was assassinated on April 4, 1968. The stock market was closed for a National Day of Mourning on Tuesday, April 9, 1968.

On Monday, November 25, 1963, the day of the president's funeral, the stock market was closed.

These are not the only times the stock market has closed unexpectedly. The New York Stock Exchange was formed in 1792 and has kept its doors open through wars, terror attacks, and blizzards.

However, the market does occasionally during emergencies or to honor late presidents.

Here are a few more times when trading on the NYSE was interrupted that didn't make our list:

COVID-19 Closes NYSE Trading Floor - In March 2020, as Corona Virus spread rapidly through the U.S. (and New York City in particular), the NYSE closed the trading floor. From March 23 to May 26 2020 the trading floor of the NYSE was closed to prevent the spread of the Corona Virus; however, electronic trading continued. Most trading is conducted online anyway and there were no significant interruptions as a result of closing the trading floor.

Paperwork Crisis of the 1968-1970 - In the last 1960's trading volume soared. Before the age of computers, this meant more paperwork. A lot more paperwork. To give back offices time to catch up, the NYSE started closing on Wednesdays. This lasted for months. Then they changed back to 5-days a week but with shorter hours. Eventually, in May 1970, things got back to normal. Learn more about the Paperwork Crisis.

Clerical Staff Strike - In November 1987, the clerical staff of the NYSE went on strike. For 3 days the markets were forced to close early. However, markets never closed for a full day.